We arrived in Newport Beach at the beginning of the week and instantly fell in love with the place. Newport Harbor is a former lagoon that was opened to the sea, dredged and developed into one of the most charming small boat harbors we have ever seen. Picture perfect houses line the waterfront of Corona del Mar, Balboa Peninsula, Newport Beach, Balboa Island and Lido Island, each sporting beautiful docks with cute electric boats and their bigger sisters. There are also several well organized anchorages in the Harbor, marinas and thankfully numerous yacht clubs. We enjoyed the hospitality of Bahia Corinthian Yacht Club and Newport Harbor Yacht Club. 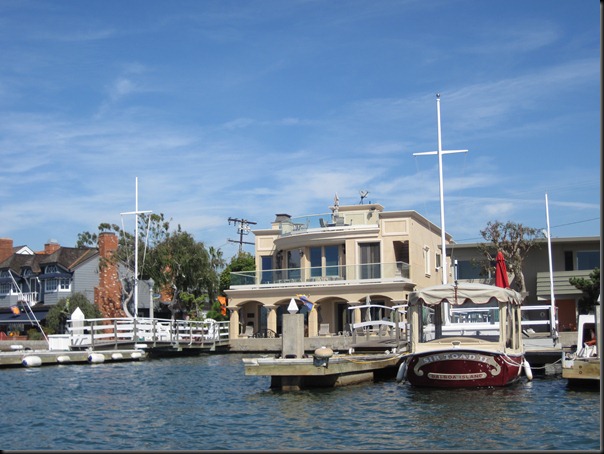 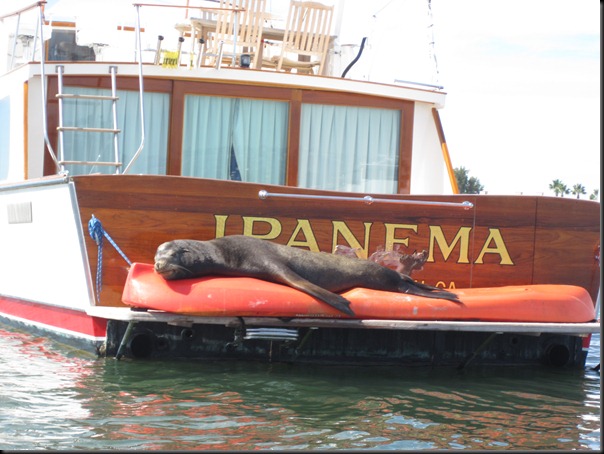 The dingy ride to the public pier closest to the Beach took a good 30 minutes, but you can’t beat Rush Hour traffic at sunset in Newport Beach: 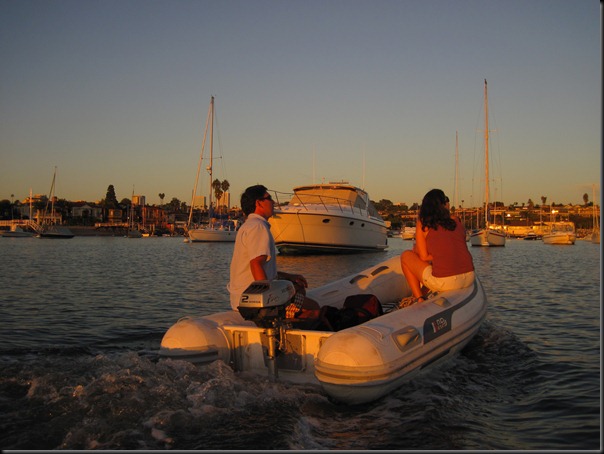 That’s our friends Erin and Brian, who convinced us to rent some surfboards with them and give them a try on the beautiful beach in Newport. And so we became hooked… and proceeded to buy our own boards the next day from this totally awesome shop, Russell Surfboards. We rode them at sunset the same day. 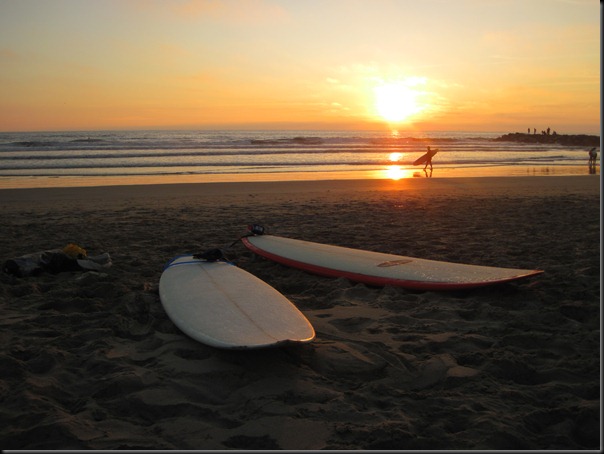 The week just flew by, and it finally felt like a vacation. Can’t wait for even warmer places! Despite the fact that we were totally enchanted with Newport it was time to head South. We’re currently anchored in Mission Bay, just a couple of miles away from San Diego, after a windless motor trip.

Here are some more pictures from Newport:

Wish we could afford that…. 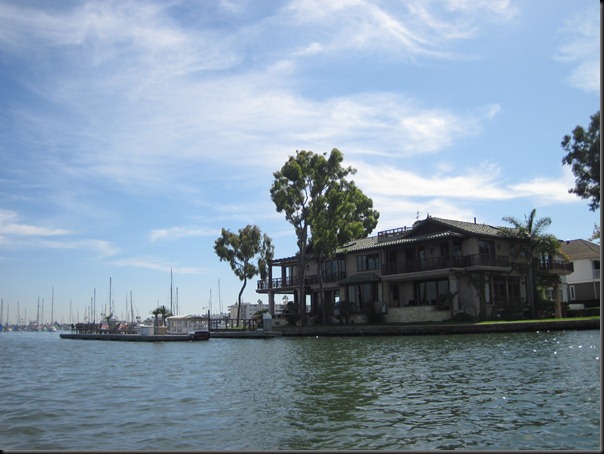 Sunset over the anchorage: 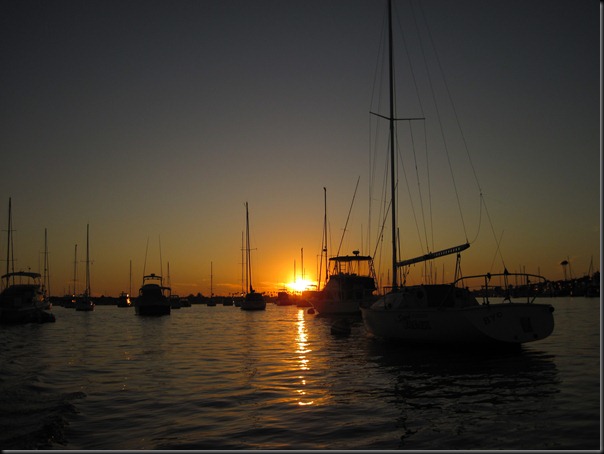 Petter trying out my board… 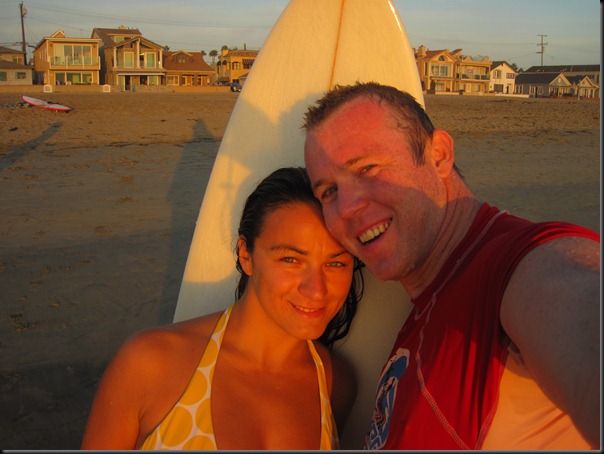 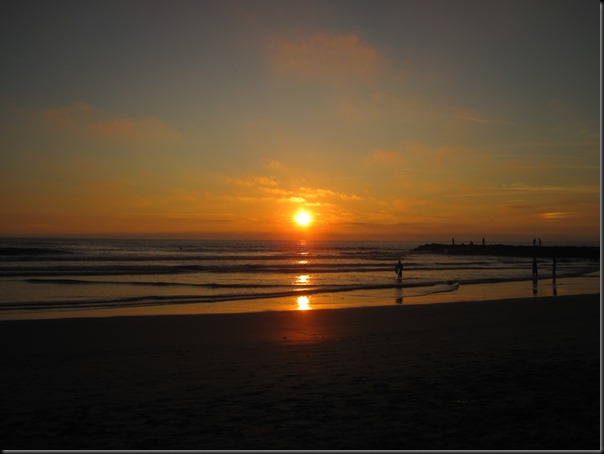 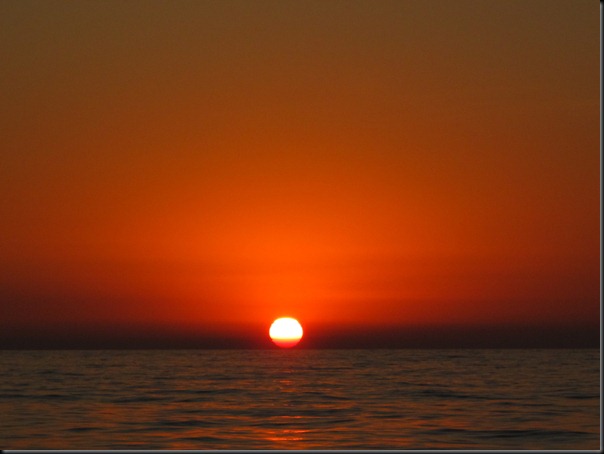