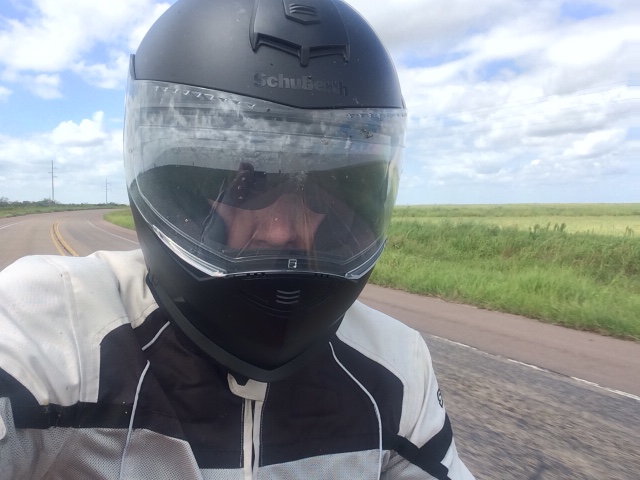 I was expecting oil fields, but instead I got cows, green fields and windmills.  At first glance, Texas looks greener than Oregon.  Since I was so close to Oklahoma, I took the opportunity to swing by on a detour.  Just as green. Ran by a town that had more empty run down buildings than occupied ones.  Looked like a ghost town, except someone lived there. I was hoping the next town over would have some coffee. The only thing I could find was a McDonalds.  Yikes. Well, 15 minutes later, I was out of Oklahoma and back on the road to Dallas. 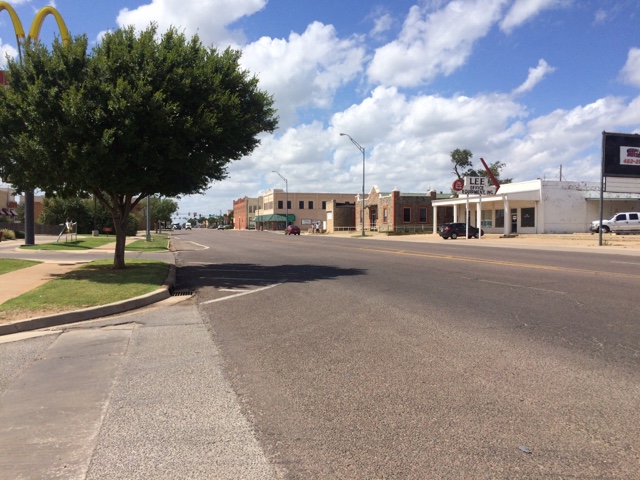 On the way, I stoped in Wichita Falls. Thought I would look for a good place to eat, but it turned out to be difficult and it’s a big enough city that I didn’t want to waste my afternoon riding around in the heat.  Instead I did a quick cool down at a Starbucks (you only find these rare shops in the cities), and hoped to find a place down the road.  Yelp sent me to a place that was closed (second time, thanks Yelp), but on that same detour I ran by the Armadillo Grill. They had burgers. What else can a man want, when in the middle of nowhere. 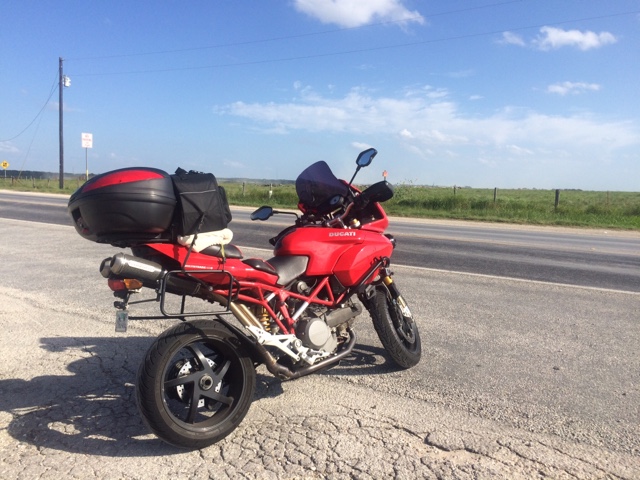 After that, it was time for Dallas. My butt was tired of sitting and I was eager to get there. So was every Texan on the road. Holy crap, these guys aren’t afraid to step on it. I was in a race with pickup trucks and trailers.  Anyway, I went from simple country roads to full fledged metropolis in a blink of an eye.  I checked into a place Hotel Tonight ranks as “hip”. And hip it is.  It’s like I’m back in San Francisco. They even have a pool on the roof with a view of downtown.  Dallas looks like the Las Vegas of the East. 🙂 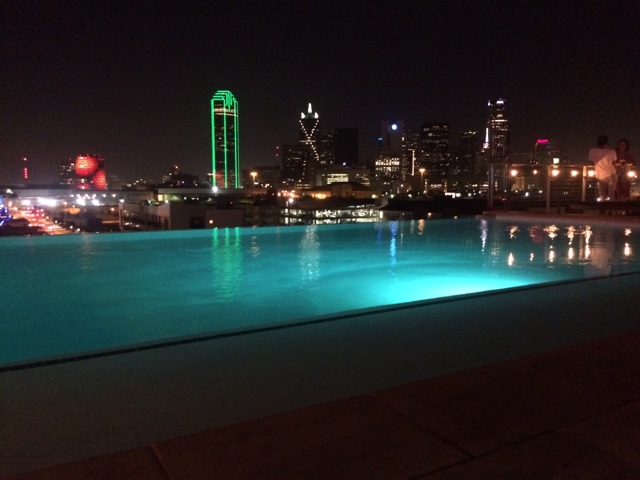