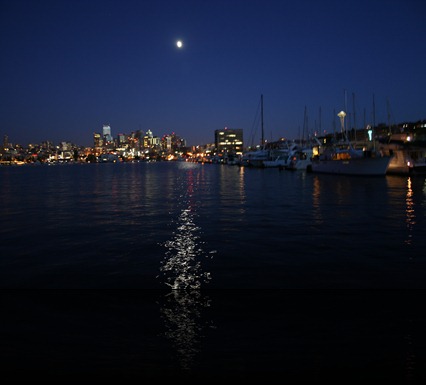 Bella Marina is on her way back to Seattle after 3+ amazing weeks in the San Juans, Golf Islands and Desolation Sound. 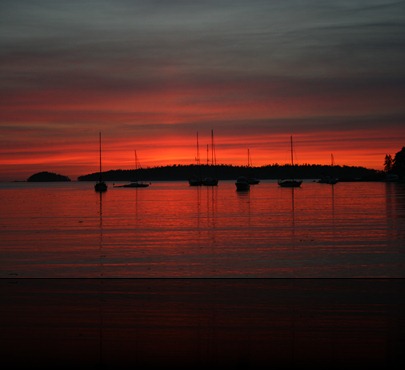 The trip began on July 2nd, when Bella Marina left her slip in Lake Union to watch the 3rd of July fireworks in Poulsbo. July 4th found her in the San Juans, Friday Harbor and then Shallow Bay in Sucia where she caught up with Luna and Delos. July 5th she crossed into Canada in Poet’s Cove and anchored out for the night in Ganges. The three boats continued on to Silva Bay the following day, then had an amazing sail across the Straits of Georgia and into Garden Bay. By the following day the couple of days of rain and strong winds had passed and we had nothing but sunshine and hot weather! 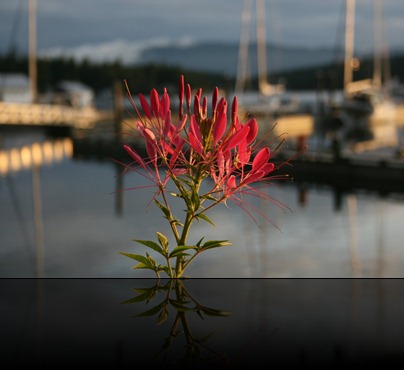 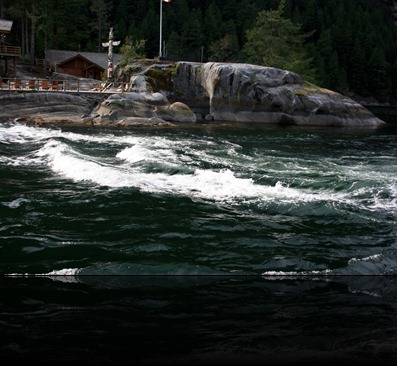 and a fun run through the rapids. 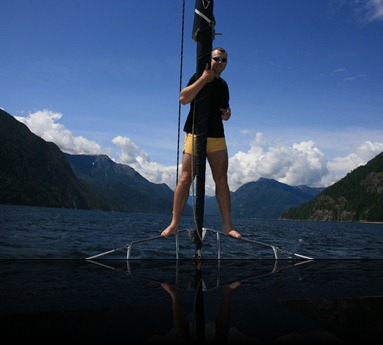 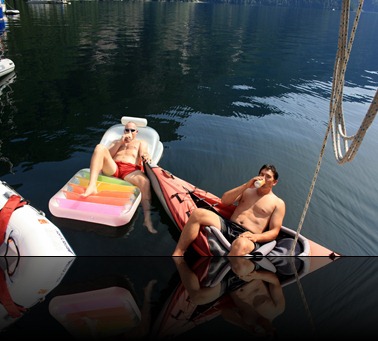 Bella Marina spent a couple more days in Garden Bay on the way back, then headed over to Desolation Sound. 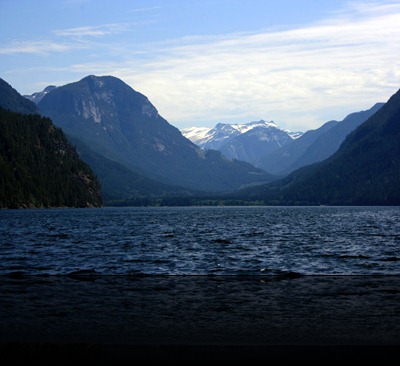 July 16th and 17th – Prideaux Haven. By this time we’re experts at stern tying. The anchorage is gorgeous and the water is great to swim in. Lots of snooty people though – all from Seattle. Maybe they feel extra entitled for making it this far? 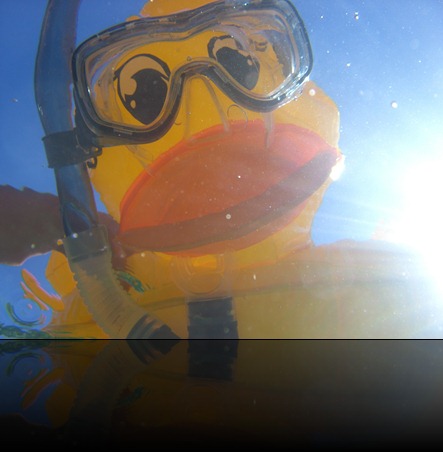 July 18th, 19th, 20th – Pendrell Sound. We score the best anchoring spot ever after the first night! It has its own rope swing and ‘pool chair’ rock that becomes our favorite hang out spot at high tide. It’s just tall enough to have about a foot of water over a flat top. Talk about cocktail hour 😀 The water is awesome to swim in. For the first time ever in the Northwest, we need to put in the middle bimini piece for shade.

July 21st – we clean and recharge in Cortes Bay at the SYC outstation. After hiking over to Squirrel Bay to get some much needed Rum, I realize Cortes Island is a long series of hills. I guess i should have paid attention when sailing past it the day before.

July 22nd – Teakerne Arm proves unsafe to anchor for the night in the 25 knot winds, so we end up in Gorge Harbor on the other side of Cortes. It’s a really cool, huge harbor with a tight entrance carved through tall stone walls.

On July 23rd, Bella Marina headed back south for a 14 hour run to Ovens Island. It’s a really cool place, private SYC island with a neat outstation. We had the surprise of running into the tail end of the Commodore’s Cruise and we got the last rafting spot. Neat.

July 24th – Friday Harbor. Endless hours of entertainment with a friends’ underwater camera at night and some belligerent shrimp that were trying to attack the LED. 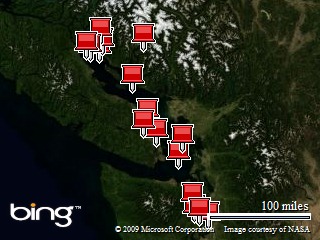 One Reply to “Bella Marina is sailing back to Seattle”