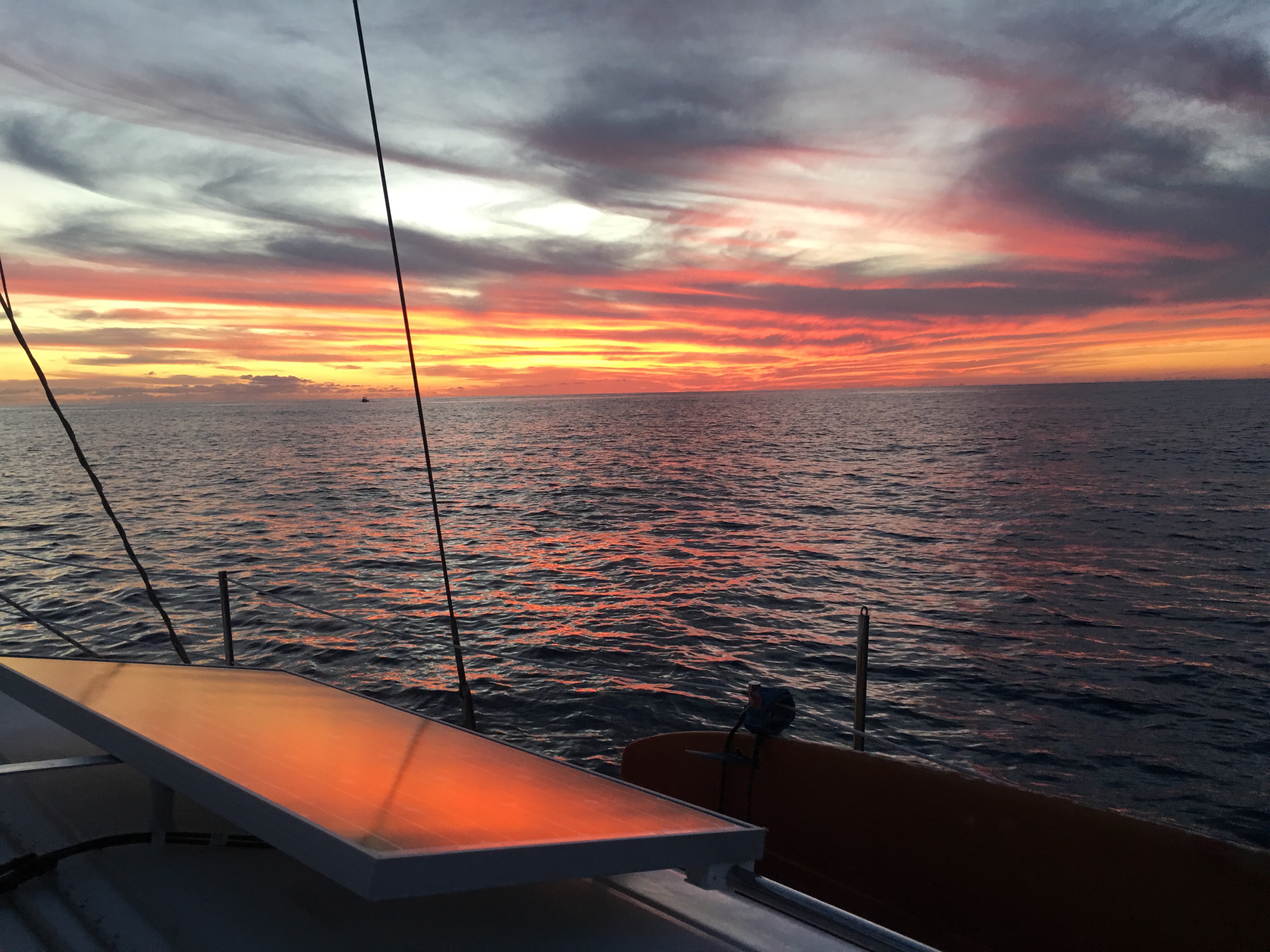 After spending about a week on the leeward side of Oahu, we decided to cross over to Maui earlier than originally planned in order to take advantage of a good (calm) weather window.

We had spent the week mainly in the Poka’i Bay anchorage, both inside and outside anchorages, with a brief night in Makua Point. The weather was unsettled with several systems blowing through rather quickly, which made for a couple of rolly sleepless nights in the unprotected anchorages, punctuated by beautiful sunny days and calm nights in Poka’i behind the breakwater. So, pretty much, a fractalic view of cruising life. We enjoyed the company of our new friends from Ko Olina @champagnehippie and  @frencherino, who joined us for some fun in the sun in the form of paddle boarding, snorkeling, but mainly floating and drinking.

We were hoping to spend an extra week on Oahu, with more time on the leeward coast and a couple of days anchored in Waikiki. Alas, the weather always rules cruising plans and the original forecast was changing fast. We were supposed to have more settled weather with light winds in the channels between the islands for another week, however the weather systems moved through way faster than they were predicted and the trades were starting to fill in . There are several lessons about the weather we learned in the Hawaiian Islands. First rule about Hawaiian Cruising Club: if there is a good weather window to cross a channel Take It! Second rule about Hawaiian Cruising Club: See First Rule. Seriously though, crossing a channel here is not for the faint of hearted, and we’ve done both the Straights of San Juan de Fuca during a small craft advisory and the Baja Bash. The topography of the islands accelerates the trade winds in between the high volcanic peaks and the bathymetry of the channels funnels the water and accelerates the currents which combined with the wind and fetch create large, sharp and confused waves. If you go west to east (Oahu to Molokai to Maui, or Maui to Hawaii) it’s always upwind and against the sharp waves. The rule of thumb is to add 15 to 20 knots to the NOAA prediction when the trades blow. We’ve crossed once in what was supposed to be 10-15 knots and we saw sustained 35 knots with gusts of 40, on the nose of course. It was Baja Bash worthy. I guess this is why few people actually ‘cruise’ the Hawaiian Islands, and there are no inter-island ferries. The weather systems blow through Hawaii way faster than any of the weather models or NOAA predicts, so the only truly accurate predictions are for the next 24 hours. There’s a saying in Hawaii: if you want to know what the weather is going to be like for the day, look outside.

Back to our crossing: we had perfect weather (which meant ‘light and variable’ winds with 1-3 foot wind waves) to go before those pesky reinforced trades came back, so we decided to leave early and do an overnight passage, which minimizes any land mass influence on the wind pattern as well. We left Poka’i in the early afternoon and stopped at Ko Olina to fuel up and pick up the last of our mail, and witnessed an amazingly gorgeous red sky sunset as we settled in our motor-driven passage (no wind, remember?). Petter and I split the overnight watch like we always do during short overnight passages: 6 hours on, 6 hours off. It was an uneventful crossing, thanks to settled weather and a good AIS system. During night crossings here you will always encounter large barges going between the islands or between Hawaii and the mainland. They tow huge loads, usually 1-2 miles behind so it’s important to have AIS to figure out their heading, a good radar to pick up the barge behind, and a good pair of binoculars for good measure. This crossing we also saw several military ships, usually in stealth mode with no lights or radar signature. Fun!

We usually plan our crossings to pass Waikiki and the Diamond Head Buoy a couple of hours after sunset, and head towards the Molokai Laau Point light. The wind and current  will try to take you towards Lanai, so it’s important to point as high as possible towards Molokai so you don’t risk ending up on the ship-wrecked leeward shores on Lanai. It’s 30 nm across the channel, after which the conditions usually calm down in the first part of the channel between Molokai and Lanai. Even on a calm night like this crossing we found plenty of swell, wave chop and 15 knots of wind before getting in the lee of Molokai. It’s another 30 nm to enter the (infamous) Pailolo Channel between Molokai and Maui, which is usually where the wind and waves pick up again. As far as I can tell it’s always windy and choppy in the first part of the channel, then conditions calm down about half way towards Maui. This is a much shorter channel, about 8 nm. It’s also where the whales like to hang out during the whale season, October through April. We had a spectacular show under the grey dawn with a pod of frisky youngsters slapping their tails and doing full belly flops right next to our boat. We also saw a couple of whales sleeping on the surface, so keep your eyes peeled and hand on the steering (or autopilot remote).

After dodging whales and tourist boats for a couple of hours we picked up our friend’s mooring (thanks Simon!) right outside Lahaina in the Malaa mooring field just around 8 am and proceeded to make full use of the Nespresso machine, took naps and settled into life on a mooring ball in Maui. We look forward to exploring Lahaina, working on more boat projects, doing some snorkeling in Honolulu and Molokini once the weather settles, and meeting friends from California who are visiting the islands.

6 Replies to “Night passage from Oahu to Maui”